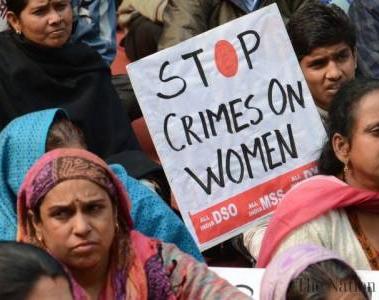 According to Thomson Reuters Foundation survey, India is the world's most dangerous country for women.

India is the world's most dangerous country for women due to the high risk of sexual violence and being forced into slave labor, and honor killing according to a poll of global experts.

The parameters used for this survey were access to health, sexual violence, non-sexual violence including domestic, physical and mental abuse, lack of access to economic resources, human trafficking and the continuation of cultural practices including child marriage, genital mutilation and acid attacks.

International Day for the Elimination of Violence Women Cele...