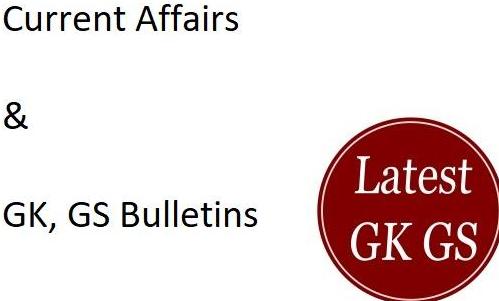 1. World Press Freedom Day was observed on 3rd May 2018 with the theme ‘Keeping Power in Check: Media, Justice and the Rule of Law’.

2. Cambridge Analytica, the UK based Data Analytics Company has announced to shut down its operations after Facebook data breach scandal.

4. Subhash Chandra Khuntia, a 1981-batch IAS officer who was a former Karnataka Chief Secretary, has been appointed as new Chairman of Insurance Regulatory and Development Authority of India (IRDAI).

5. Sitanshu Ranjan Kar, a 1983-batch IIS officer took over as the 27th Principal Spokesperson of the Government of India and Director General of the Press Information Bureau (PIB).

6. Former IRDAI member, Radhakrishnan Nair has been appointed to ICICI Bank’s board as an Additional (Independent) Director for a period of 5 years.

8. Kottayam Pushpanath, famous Malayalam Novelist passed away at the age of 80 years. He has written about 500 detective novels in his career.

9. According to the data released by the World Health Organisation (WHO) 14 Indian cities figured in a list of world's 20 most polluted cities in terms of particulate matter PM2.5 concentrations levels in 2016.