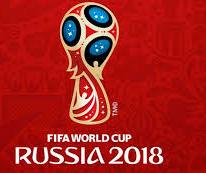 The official symbol is the wolf which has been designed by the student designer Ekaterina Bocharova.

This symbol had received 53% of votes, secondly by tiger and then the cat 20%.

It will be 21st FIFA World Cup which an international football tournament contested by the men’s national teams of member associations of FIFA.

Matches will be played in 12 venues located in 11 cities and the final match will take place at Luzhniki Stadium.

The winners will be qualified for 2021 FIFA considerations Cup.