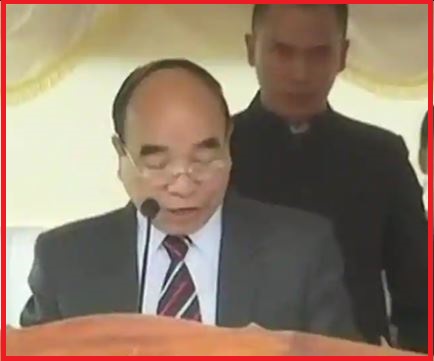 Senior MNF leader Tawalunia has been appointed as Deputy Chief Minister of State and other 10 members have been allocated the ministry.

Mizoram Assembly election held on November 28 and result for the same was published on 14 December. MNF bagged 26 seats out of total 40 seats and won the election whereas BJP could manage to win only one seat while Congress managed to win only 5 seats.

Pu Zoramthanga had earlier served as Chief Minister of Mizoram twice from 1998 to 2008. He is the chief of Mizo National Front, founded by Mr. Laldenga and led the 20 year- long violent Mizo Movement.

Zoramthanga joined Mizoram Legislative Assembly in 1987 as Minister of Finance and Education. He has served in various ministries including finance, planning, public work department, and horticulture.

» Shi Yomi is 23rd district of Arunachal Pradesh: 2 more districts to be added