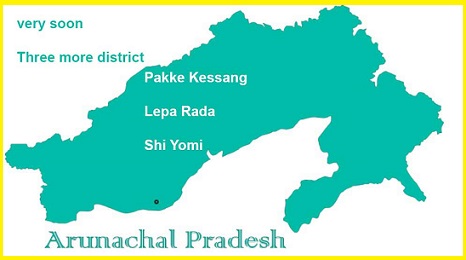 Shi Yomi has been formally declared as the 23rd district of Arunachal Pradesh after it was inaugurated by Chief Minister Pema Khandu in presence of Union Minister of State for Home Kiren Rijiju.

Shi Yomi was created by bifurcating West Siang district with its headquarters at Tato. It will have four administrative units namely Mechuka, Tato, Pidi and Manigong.

Two more districts Pakke-Kesang and Lepa Rada will also be formally inaugurated soon in December 2018 taking the total to 25.

These new districts were created keeping in view of the large geographical area, inaccessible terrains, growing demands of people, bring the administration to their door-steps and for all-around equal development in all parts of the state.