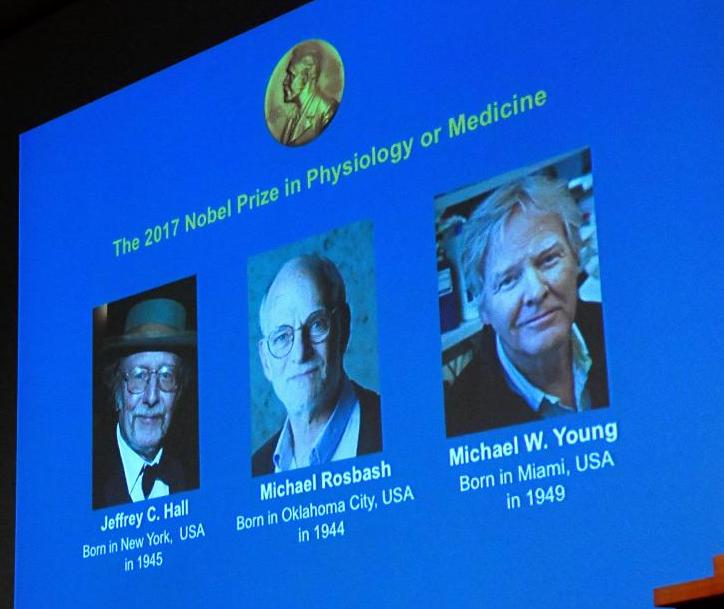 Three Americans Jeffrey C. Hall, Michael Rosbash and Michael W. Young have won the 2017 Nobel Prize in physiology or medicine for Discoveries about the molecular mechanisms that control the body’s circadian systems.

The three scientist used fruit flies to isolate a gene that controls the rhythm of a living organism’s daily life.

The Nobel Prize committee said, the three Scientist were able to peek inside our biological clock, helping explain how plants, animals and humans adapt their biological rhythm so that it is synchronized with the earth’s revolution.

By examining the internal working of fruit flies, the investigators helped determined that the gene they were analyzing encoded a protein that accumulated in cells at night, and then degraded during the day.