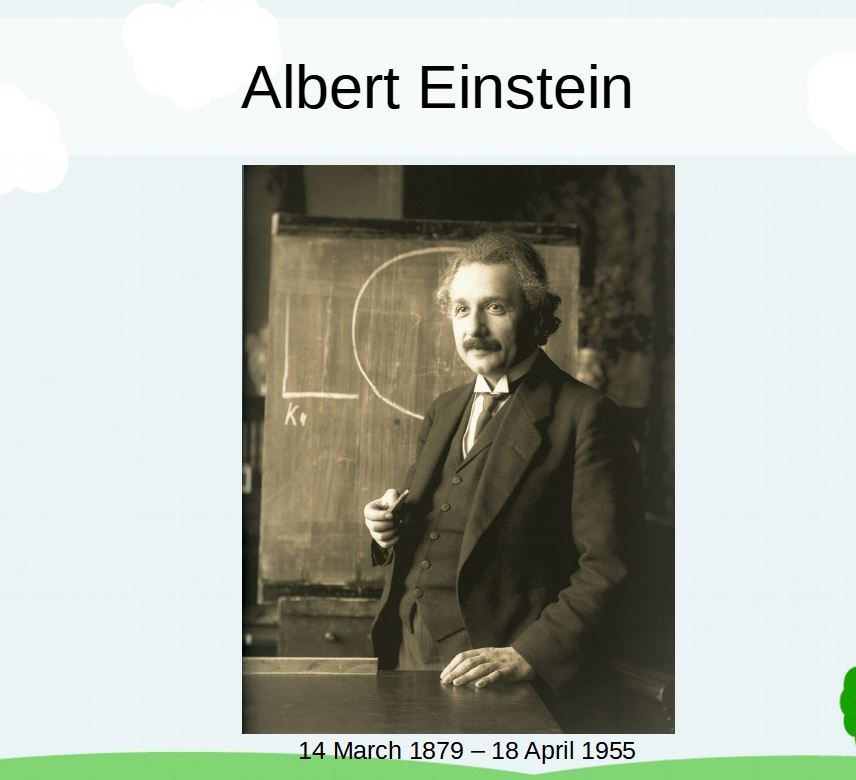 Albert Einstein was born in Ulm, Germany, on March 14, 1879, but grew up and had his early schooling in Munich. Hermann and Pauline Einstein, née Koch, had their first child, Pauline Einstein, who was Jewish. The family relocated to Munich in June 1880, where Hermann Einstein and his brother Jakob established the electrical engineering firm Einstein & Cie. On November 18, 1881, Albert Einstein's sister Maria, sometimes known as Maja, was born. Einstein had a typical childhood, but for the fact that he learned to speak at a young age, much to his family's chagrin. He began receiving private schooling in 1884 in order to prepare for school. He was a bad student, and some of his teachers suspected he was mentally challenged because he couldn't talk eloquently (with ease and grace) at the age of nine. Still, the laws of nature enthralled him, and he felt a deep sense of awe while pondering the invisible, yet real, force that directed the needle of a compass.He began learning the violin in 1885. He began his elementary education in 1885 at the Petersschule, a Catholic school in Munich; in 1888, he transferred to the Luitpold-Gymnasium, also in Munich. However, because this education did not suit him and he did not get along with his form-master, he dropped out of school in 1894 without a diploma and returned to Italy to join his family. He began playing the violin at the age of six and continued to do so for the rest of his life. He discovered geometry (the study of points, lines, and surfaces) at the age of twelve and was captivated by its obvious and certain proofs. By the age of sixteen, Einstein had learned calculus (a type of higher mathematics required to address issues in physics and engineering).

At the age of sixteen, Einstein completed his formal secondary schooling. He despised school, and just as he was planning to quit without jeopardising his prospects of getting into university, his teacher expelled him for negatively impacting his peers. Einstein attempted to enrol at the Federal Institute of Technology (FIT) in Zurich, Switzerland, but his knowledge of subjects other than mathematics was insufficient, and he was denied admission. He earned his certificate at the Cantonal School in Aarau, Switzerland, on the advice of the principal, and was immediately admitted to the FIT in 1896. He realised there that physics was more appealing to him and that he was better qualified for it than mathematics.

He is well remembered for discovering the photoelectric effect, for which he was awarded the Nobel Prize in Physics in 1921. Einstein established special and general relativity ideas, which helped to complicate and build upon notions proposed by Isaac Newton more than 200 years before.