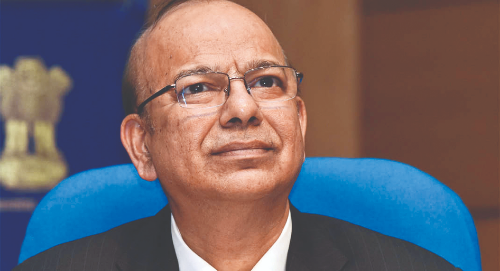 The Appointments Committee of the Cabinet headed by Prime Minister Narendra Modi approved the appointment of Jha as the Finance Secretary. After the retirement of Hasmukh Adhyya on November 30, this appointment has been done.

59-year-old Ajay Narayan Jha of Manipur-Tripura cadre is a 1982 batch IAS officer. Junk, who graduated and graduated from St Stephen's College, received a prize for a Master's degree in Economic Policy and Management from MacGill University Canada from World Bank.

He got an MPhil degree in Public Administration from Delhi University. AN Jha has been holding various important positions in the Government of India, in which the Principal Secretary in the Department of Environment and Forests, Manipur Renewable Energy Development Agency, Chairman of the United Nations Economic and Social Commission for Asia and Pacific, and the Consultant from India Are there.

Training and Capacity Building of Civil Services And Nationa...

Prime Minister Narendra Modi hold a Valedictory Session of A...