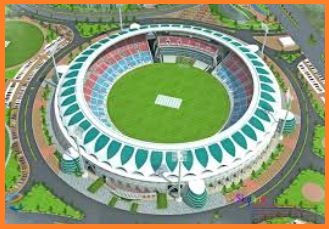 It was significantly changed by Uttar Pradesh's CM Adityanath Yogi just one-day before the second T-20I match to be played between India and West Indies on 6th November 2018.

The 'Bharat Ratna Atal Bihari Vajpayee International Cricket Stadium' is the 10th-largest stadium in India by sitting capacity of 50,000 spectators. It spread on over 71 acres of the area situated at Shaheed Path, Gomti Nagar in Lucknow.

This Lucknow stadium is also equipped with a parking space of about 5000 for Two Wheelers parking and 1000 of car parking. Floodlight, Media center, Pavilion, and other facilities are also raised with state-of-art technologies.

A specialty of this stadium is that within a few hours of the rains, the water is made out of the modern technology and the ground is made playable.

Research: Botanical garden collection of plants for a scientific purpose

Research: The Botanical garden collection of plants for a sc...