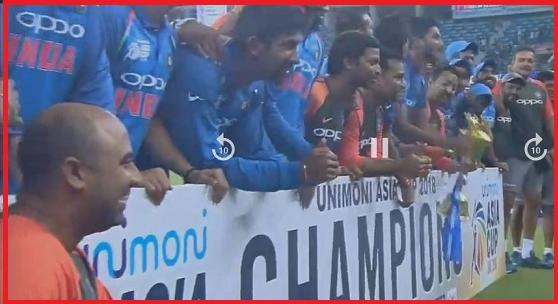 Defending champions India dominated with the bat and ball as they defeated Bangladesh by seven wickets to lift the Asia Cup trophy on 28th September 2018.

India won the toss and decided to bowl first.

Bangladesh batting first scored 222 runs in 48.3 overs all out. Bangladesh’s Opener Liton Das a maiden century. He scored 121 of 117 balls. He made a solid opening stand of 120 with striker Mehidy Hasan.

India batting second lost their wickets early turning the match nail-biter as the Bangladesh team was able to get breakthrough by taking back-to-back wickets in the middle of the game.

The match entered into the final over with six required off six balls, with three wickets remaining. Kedar Jadhav took the team to the required target on the last ball.