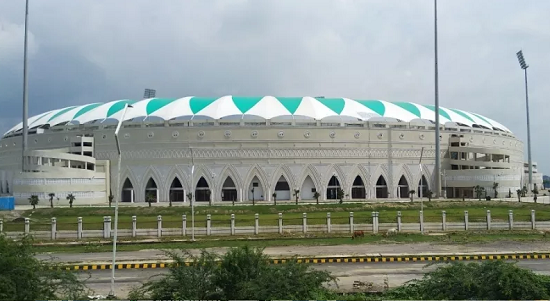 The stadium, a public-private partnership with a seating capacity of 50 thousand is the third largest in India.

The stadium is a great achievement for Lucknow, India and by giving the name to Atal bBiharigovernment pays respect to him.

Establishment of the stadium is in the year 2017, the owner of Stadium is Ekana Sportz City Pvt . Ltd.

The architect of this stadium is skyline architectural Consultant Pvt. Ltd.

This becomes 52nd stadium in India to host an International Cricket stadium.

In the new stadium, Rohit Sharma became the first cricketer to score four centuries in T20s.

Good news is that in the stadium of lucknow India won the match by 71 runs.

In January 1994 last time Lucknow hosted an international match which was played between India and Srilanka at KD Singh babu stadium.

Now After so long time Lucknow being one of the developed city as the opening of the new International stadium is the result of its success.