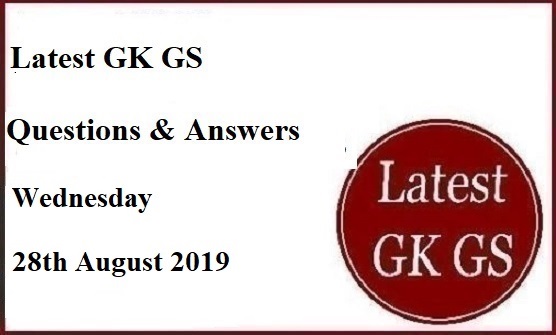 1. Which stadium will soon be renamed as Arun Jaitley Stadium?

2. Which country is hosting UNCCD COP14 Session in September 2019?

3. PM Narendra Modi announced to celebrate September 2019 as what?

4. Who became the first-ever Indian tennis player to win a set against Roger Federer?

5. Which item has been banned by the Directorate General of Civil Aviation while traveling in planes?

6. US President Donald Trump called for reinstating of which nation as a permanent member in the G7 group?

8. Which city will host the Indo Pacific Chiefs of Defence (CHOD) Conference 2019?

9. Andhra Pradesh government recently announced that the Polavaram Project work will be resumed from November 2019. The project runs on which river?

10. Which State Government recently announced that it will waive water arrears of people who live in colonies categorized as E, F, G, and H?

11. Which country recently requested the United Nations to call back all peacekeepers from the country by June 2020?