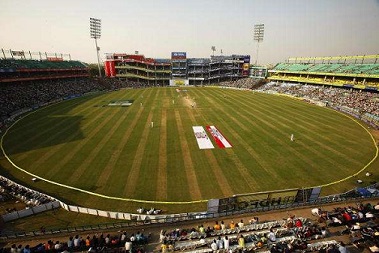 The Feroz Shah Kotla will be officially renamed as Arun Jaitley Stadium on 12 September 2019.

The decision was announced by the DDCA (Delhi and District Cricket Association) on 27 August 2019. Recently, Arun Jaitley passed on 24th august 2019 at the age of 66 years.

Arun Jaitley had served as the President of DDCA from 1999 to 2013. During his term, Arun Jaitley is credited with major transformations at the Feroz Shah Kotla.

Arun Jaitley during his presidentship transformed the whole stadium with several modern facilities, rejuvenated dressing room and also by increasing the seats for spectators from 28,000 to 41,820.

Arun Jaitley during his DDCA Presidentship supported and encouraged many players like Virat Kohli, Virender Sehwag, Gautam Gambhir, Ashish Nehra, Rishabh Pant who are playing or played for India.