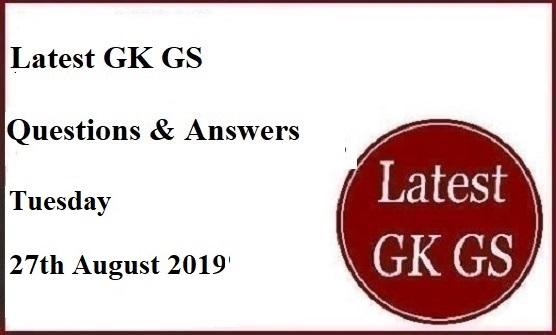 3. Who wins the title of Durand Cup 2019 defeating Mohun Bagan?

5. PM Narendra Modi announced to celebrate September 2019 as what month?

6. According to Finance Minister Nirmala Sitharaman, all the pending GST refund would be returned to the MSME within how many days? ?

7. Who was selected for the Outstanding Engineer Award-2019 by Institution of Engineers in India??

8. Which day celebrations are being observed from 25th August- 8th September 2019?

10. When is the Women's Equality Day celebrated every year?

11. Who became the first-ever Indian To Win Gold In Badminton World Championships?