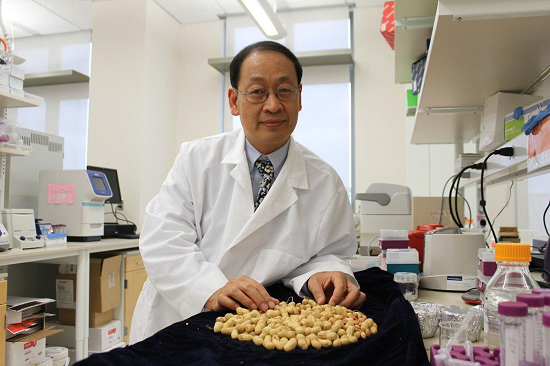 Agriculture: Genetic varieties of peanut, research, and source of energy

Scientists have identified jeans named AHIPIPK1, AHIPK2, and AHIPPK1 in the synthesis of phytic acid in groundnut. According to scientists, the use of these jeans can be made from low-fat peanut varieties.

Because of the abundant amount of minerals present in groundnut, it is considered as a complete diet. There are minerals up to 2-3% in groundnut. It is considered a good source of iron, potassium, calcium, sodium, and magnesium. It also contains some quantities of manganese, copper, zinc, and boron.

The amount of protein in it is 1.3 times as compared to meat, 2.5 times the eggs and eight times more than fruits. Various types of 30 vitamins present in groundnut and beneficial for health can be helpful in fighting mineral malnutrition.