Ex-Cabinet Minister Jaswant Singh passed away in coma at 82 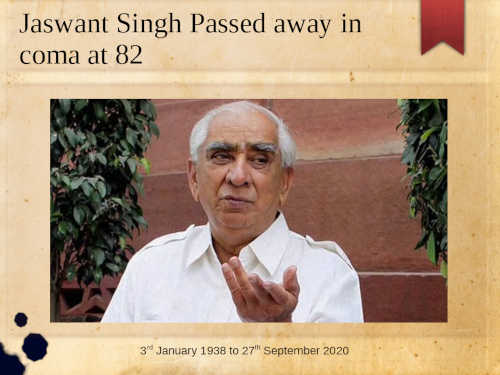 Late Jaswant Singh the last election participated was 2014 but he could not make a victory there against Modi Wave. IN the same year he slept into a coma following a head injury.

After remaining 6 years in a coma today Sunday, 27th September 2020 he passed away.