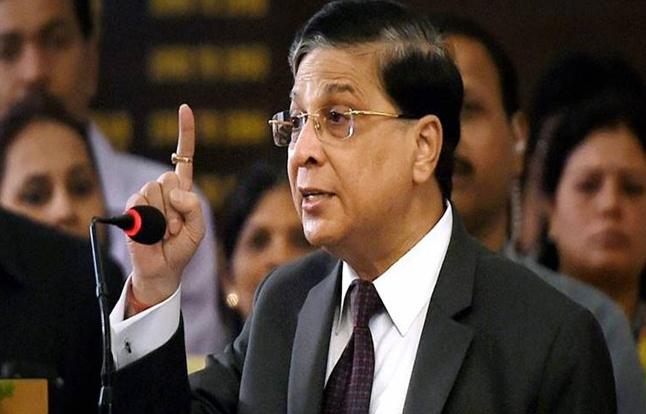 Chief Justice Dipak Mishra to be retired on October 2nd, his landmark judgments before retirement

Chief Justice of India Dipak Mishra has given some landmark judgment in his last 15 working days. CJI is going to retire on 2nd October. His decision will effect socially and familial life of Indians.

LGBT in now allowed in India: Indian supreme court held that section 377 of the penal code, which criminalizes consensual sexual acts between adults of the same sex, was unconstitutional.

Sec 498A judgment, Scraps welfare committee: It will be a relief to many battered women of India. Section 498A deals with husband or relatives of husband subjecting a woman to cruelty. Punishment under the Section is a maximum of three years and was so far a non-bailable offense. The three-judge Bench has removed the rider of a welfare committee and said that if police thought it necessary, they could arrest the respondent who could also apply for an anticipatory bail.

Aadhar verdict: Private entities have been barred from using Aadhaar card for KYC authentication purposes but you will still need Aadhaar for various other purposes including PAN card and ITR filing. Aadhar is no compulsion to open a bank account, sim card, UGC, CBSE, NEET do not require.

Sabarimala Temple verdict: Women's between the age of 10 to 50 are now allowed to enter into the temple.

Ayodhya Judgement: Mosque is not necessary for Islam or offering of namaaz. Supreme court has ordered to commencement gearing in this case from 29th October 2018.

Criminalize Politician case: The CJI did express concern over the criminalization of politics something needed to be done urgently in this respect and the society is helpless to stem the phenomena, he said. But the judgment left much to be desired.