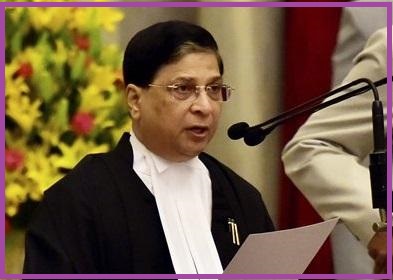 CJI Dipak Misra is the nephew of Justice Ranganath Misra, who was the 21st Chief Justice from 1990 to 1991. He was the third person from Odisha to be appointed the CJI, after Justices Ranganath Misra and G B Pattanaik.

CJI Dipak Misra retirement is due on 2nd October 2018 after a tenure of 13 months.

On 12 January 2018, four senior judges of the Supreme Court including Jasti Chelameswar, Ranjan Gogoi, Madan Lokur and Kurian Joseph addressed a press conference criticizing Misra's style of administration and about the allocation of cases. They also submitted a petition seeking impeachment of Dipak Misra.

However, on 23 April 2018, the petition was rejected by Vice President Venkaiah Naidu

Chief Justice Dipak Mishra to be retired on October 2nd, his...