ECI's steps in Punjab to set up squad against arms, drugs alcohol 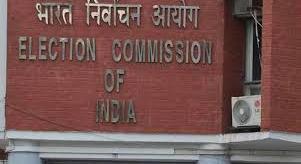 The Election Commission of India has set up special squads to seize drugs, alcohol, illegal arms and use of money in Punjab for the election 2017

Election Commission has established 451 special flying squad and 504 surveillance team to look after the Code of Conduct.

The flying squad and surveillance team will look after the drug and alcohol influence 24 hours.

The Election Commission aims to minimise the influence of drugs, alcohol and cash in Punjab for elections 2017

The police and excise officers will also look after the enforcement of code of conduct.

The submission of arms and ammunitions has also taken place as both play a vital role in getting the elections peacefully conducted.

Out of around 3.5 lakh arms and ammunitions, 182 have been submitted.

The election commission has also set up a committee to look in the special cases that may allow the person to carry arms.

The election commission is aiming for 100% deposit of arms.