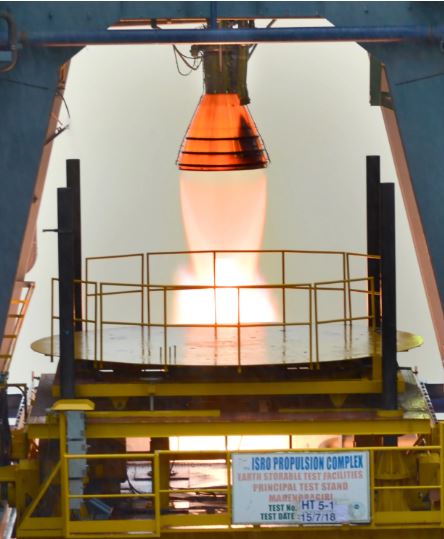 ISRO has successfully conducted the ground test of its high thrust version of Vikas Engine at ISRO Propulsion Complex (IPRC) in Mahendragiri, Tirunelveli district of Tamil Nadu for a duration of 195 seconds.

The Vikas Engine test meet all its propulsion parameters and was found satisfactory and closely matched to the predictions.

Vikas Engine belongs to the family of liquid-fuelled rocket engines conceptualized and designed by ISRO’s Liquid Propulsion Systems Centre in the 1970s.

The propellant loading for Vikas engine in PSLV, GSLV Mark I and II is 40 tons, while in GSLV Mark III it is 55 tons. The recently tested high thrust version of Vikas engine will improve payload capability of PSLV, GSLV and GSLV Mk-III launch vehicles.