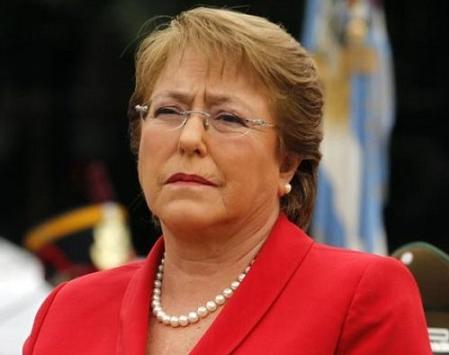 Michelle Bachelet would be succeeding Jordanian diplomat Zeid Ra'ad al-Hussein, who had been one of the most outspoken critics of abuses by the governments in many countries.

UN Chief Guterres informed the General Assembly of his intention to appoint Bachelet as the next United Nations High Commissioner for Human Right after consultations with the Chairs of the regional groups of Member States.

Michelle Bachelet was the first woman in her country to occupy the top position and is known to be a strong advocate for women’s rights.

Michelle Bachelet after her first term, she was chosen to be the first-ever Executive Director of the UN gender equality and women empowerment office, UN-Women, between 2010 and 2013.

In December 2013, Michelle Bachelet was re-elected as the president of Chile with over 62 percent of the votes being in her favor. With this, she became the nation's first president to be re-elected since 1932.

Michelle Bachelet prior to her Presidential position, Bachelet held several ministerial portfolios in the Chilean Government including Minister of Defence (2002-2004) and Minister of Health (2000-2002).

» Jimmy Adams appointed as Director of West Indies Cricket Board