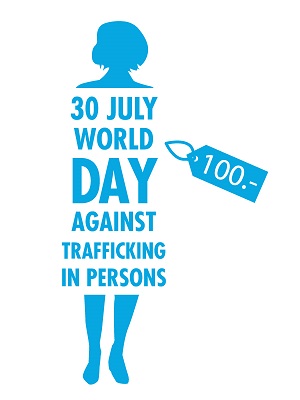 World Day against Trafficking in Persons is observed every year on 30 July to spread & raise awareness of the plight of human trafficking victims, and promote and protect their rights.

The theme highlights fact that almost third of trafficking victims are children. It draws attention to issues faced by trafficked children and to possible action initiatives linked to safeguarding and ensuring justice for child victims.

United Nations General Assembly (UNGA) had designated July 30 as the World Day against Trafficking in Persons by adopting resolution A/RES/68/192 in 2013.

Human trafficking is trade of humans, most commonly for purpose of forced labour, commercial sexual exploitation or sexual slavery for the trafficker or others. International Labour Organization (ILO) estimates that 21 million people are victims of forced labour globally.