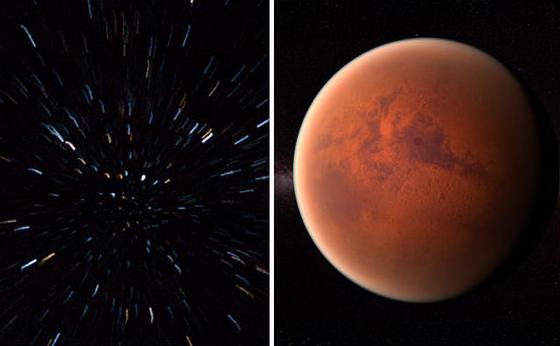 New Possibility to travel to the Mars in one month, Moon in just few hours due to super-fast warp drive from NASA

Super-fast warp drive is an engine that would break any booster which is currently available.

This technology works on bouncing microwaves around inside a closed engine.

The technology is invented by Roger Shawyer, a British scientist and researcher, stated that this technology is a quantum leap- it would enable vertical take-off and landing for airplanes, it’s quiet and it uses liquid hydrogen as a fuel and its green too.

The NASA team also conducted the test to check whether any mundane sources of impulsive trust were found but nothing was present.