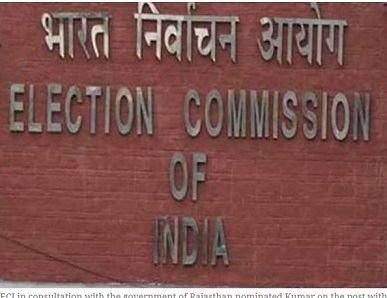 The ECI in consultation with the government of Rajasthan nominated Kumar on the post with effect from the date he takes charge and until further orders. The decision comes a barely months ahead of Assembly elections in the state, which is due to this year-end.

Anand Kumar, who was posted as principal secretary of the medical education department in Rajasthan, replaces Ashwin Bhagat who was holding the post since November 2016.

Anand Kumar was the district collector in six districts of the state and was also the secretary and commissioner of the Panchayati Raj department.