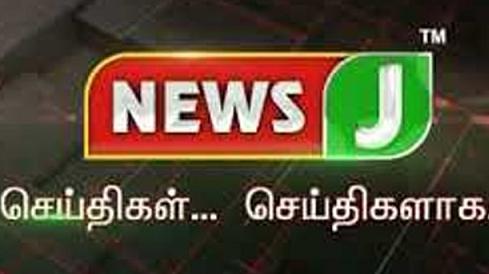 Tamil Nadu governing party 'AIADMK' on 12th September 201,8 made a soft launch of its own news channel named as  'News J' named after its late supremo J Jayalalithaa.

Tamil Nadu CM Edappadi K. Palaniswami proclaimed that 'News J' TV would be a bridge to take the government welfare schemes being implemented by Amma’s government to the people. He also claimed although there are several TV channels, they were not taking government schemes to the people.

The 'News J' launch comes in the backdrop of Jaya TV, once considered the party's mouthpiece, being in the control of sidelined leader TTV Dhinakaran's relatives.

The AIADMK party had in February 2018 launched "Namathu Puratchi Thalaivi Amma", its party organ as. "Dr. Namadhu MGR" which was founded by Jayalalithaa and previously its official Tamil daily, is now aligned towards Dhinakaran and V K Sasikala, who is in jail.

» Prime Minister will unveil the highest statue, 'Statue of Unity' on Oct 31 in Gujarat