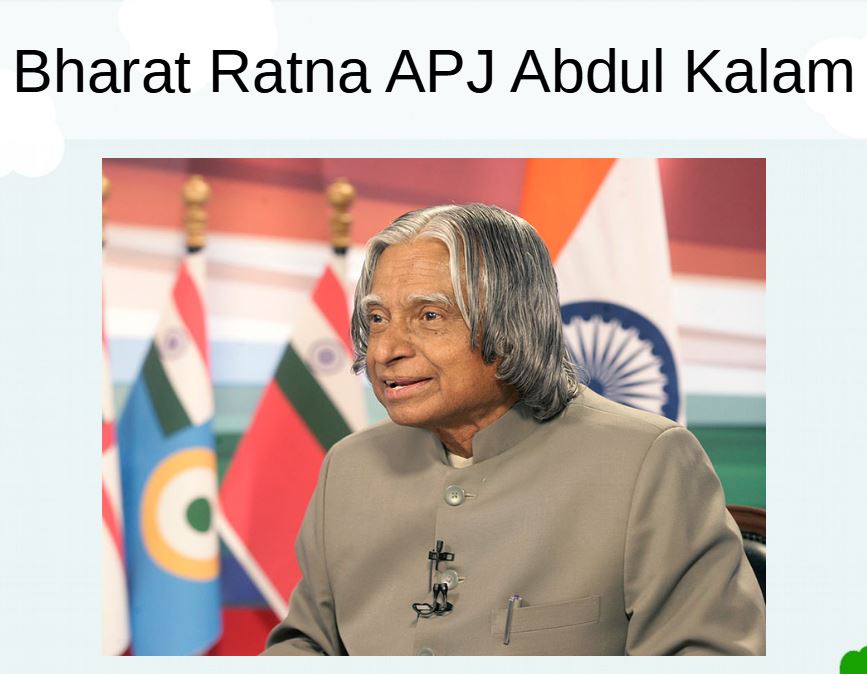 Avul Pakir Jainulabdeen Abdul Kalam was born on October 15, 1931, in the pilgrimage centre of Rameswaram on Pamban Island, then in the Madras Presidency, and now in the state of Tamil Nadu, to a Tamil Muslim family. His father, Jainulabdeen Marakayar, was a local boat owner and imam, while his mother, Ashiamma, was a housewife.His father owned a ferry that ran between Rameswaram and the now-deserted Dhanushkodi, transporting Hindu pilgrims back and forth.In his family, Kalam was the youngest of four brothers and one sister.His forefathers were affluent Marakayar traders and landowners, with a slew of properties and vast swaths of land. Despite the fact that his forefathers were wealthy Marakayar traders, the family had lost most of their assets by the 1920s and was impoverished when Kalam was born.

Kalam received mediocre grades in school but was noted as a bright and hardworking student with a great desire to learn. He devoted many hours to his academics, particularly mathematics.

He began his career by building a small hovercraft, but his decision to work for the Defense Research and Development Organization (DRDO) did not convince him.Kalam also served on the INCOSPAR committee, which was led by renowned space scientist Vikram Sarabhai.

He was the winner of numerous important accolades, including India's highest civilian honour, the Bharat Ratna. Kalam slumped and died from an apparent heart arrest while delivering a lecture at the Indian Institute of Management Shillong on July 27, 2015, at the age of 83.