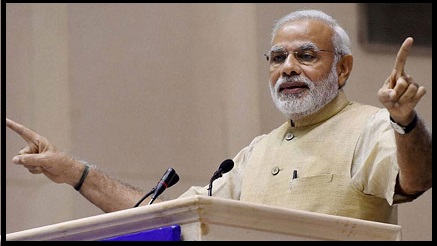 PM Narendra Modi inaugurated and revived the Talcher Fertilizer Plant located at Talcher, Angul district in Odisha. It will start production in 36 months. It is a Rs 13,000 crore-project that would for the first time see coal being converted into gas for use as a feedstock and for producing neem-coated urea.

PM Modi inaugurated local Jharsuguda airport (renamed after noted freedom fighter Veer Surendra Sai) worth Rs.210 crores which will work under the regional air connectivity UDAN Scheme. It is the second airport located in Jharsuguda, western Odisha. It has been developed by the Airports Authority of India, in collaboration with Govt. of Odisha with a contribution of Rs. 75 Crores from the State Govt.

Additionally, other than Jharsuguda, three more airports, namely, Jeypore in Koraput District, Rourkela in Sundargarh District and Utkela in Kalahandi District are being developed to provide connectivity with Rs. 370 crore under the Regional Connectivity Scheme.

PM Modi inaugurated the Jharsuguda-Barapali-Sardegna rail link. It is the first rail link in the tribal area of Odisha which will link Sundargarh internally with the rest of the country.