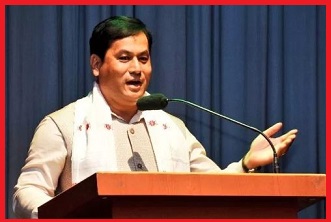 The Assam cabinet chaired by Chief Minister Sarbananda Sonowal on 27th September 2018 has announced that on the 150th birth anniversary of the father of the nation Mahatma Gandhi will launch the Universal Pension scheme in the state.

Under the Universal Pension scheme, the pension will be given to all BPL and APL ration card holders over 60 years of age.

An amount of 50 lakh rupees has been sanctioned to filmmaker Rima Das whose movie Village Rockstar has been nominated for Oscars.

Small tea growers have been exempted from the levy of cess amounting to 10 paise per kilogram under an amendment in the Assam Special Land Act, 1990.

It also approved the Inland Water Transport Authority Bill for regulating and inspecting all vessels for their safety measures.

Also, a recommendation of Sports University Bill to set up a sports university at Chabua named after Aniruddha Dev was placed before the cabinet.