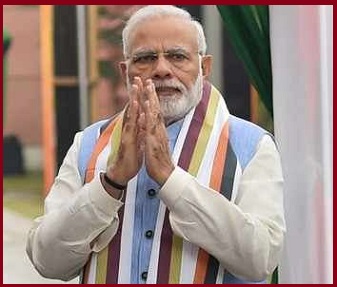 First, 'Varanasi Ring Road Phase-I' will provide easier and more convenient access to Sarnath, an important site for Buddhist pilgrimage. This will reduce travel time, fuel usage and pollution in the area.

The roads have been constructed by NHAI under Bharatmala programme. The total length of the highway is 34 kilometers and is constructed at a cost of Rs 1,571.95 crores.

Prime Minister will also inaugurate an 'Inland Waterways Terminal' on river Ganga in Varanasi to the nation.

This is the first of the four multi-modal terminals being constructed on River Ganga as part of the World Bank-aided Jal Marg Vikas project of the Inland Waterways Authority of India.

The other three terminals are still under construction at Sahibganj, Haldia and Gazipur.

Both these projects will provide increased employment opportunities, development of small and medium industries and give a boost to economic development in the area.