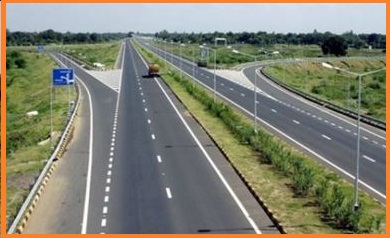 The Western Peripheral Expressway (WPE) construction proposal was made in 2003 and took 15 long years to complete.

This WPH expressway (135.6 KM long) once open, heavy vehicles will get access to various industrial towns like Manesar, Sohna, Dharuhera, Bawal and Bhiwadi in Haryana without entering Delhi.

The WPH crosses NH-44 at Kundli, NH-10 at Bahadurgarh, NH-8 at Manesar, NH-248 A at Sohna and NH-2 at Palwal. Almost 15 flyovers will be built at different places along the stretch to facilitate smooth commute.

The WPH expressway will cut down the distance between various northern and western states, along with cutting down carbon emissions in the in Delhi & NCR region.

The width of the median at this stretch has been kept at 8 km planted with two rows of shrubs and it has 32 underpasses/agricultural vehicular underpass, three intersections and four toll plazas.

Apart from this, two rows, on each side, of trees like neem, Arjun, and Sheesham would be planted near the extreme end of row.

The design speed of this WPH expressway is 120 kmph for light vehicles and 100 kmph for heavy ones.

One ambulance, one crane and one police patrol vehicle with a helpline number have been stationed in every 20 km for speedy response in case of accidents or emergencies.

Drip irrigation system would be adopted for the median plantation to conserve and save water. Fountains, historical and cultural monuments have been made at various locations to improve the aesthetic look of the expressway.