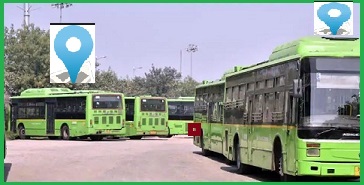 Union Ministry of Road Transport & Highways (MoRTH) had made compulsory for all new public service vehicles to be equipped with Vehicle Location Tracking (VLT) with emergency buttons except auto rickshaws and e-Rickshaws. It's registration to get on and after 1st January 2019.

With this new initiative, MoRTH aims to ensure the safety of passengers especially women.

In case of older public service vehicles –those registered upto 31st December 2018, the respective State/ UT Governments will notify the date by which these vehicles have to install Vehicle Location Tracking Device and Panic Buttons.

Command and Control Centres will be set up by the State or VLT manufacturers or any other agency authorised by the State Government. These will act as an interface to state emergency response center, the transport department or Regional Transport Offices, Ministry of Road Transport and Highways.

They will also provide feed to the VAHAN database or the relevant database of the State with regard to the over speeding, device health status.

The details of each VLT device will be uploaded on the VAHAN database by the VLT device manufacturer.

Every year, VLT device manufacturers will get their devices tested after the first certification from the testing agencies referred to in rule 126 of the Central Motor Vehicles Rules, 1989.

Also4, the State or Union Territories will publish Internet Protocol address (IP address) and Short Message Service Gateway (SMS gateway) details of their respective emergency response system where VLT devices will send the emergency alerts on the press of the emergency button.

All concessions on national highways Toll plazas is made man...

MoRTH: FASTag lanes at toll plazas for all highways to be effective 1st Dec 2019

MoRTH: FASTag lanes at toll plazas for all highways to be ef...

Ministry of Road Transport and Highways Report on Road Accid...