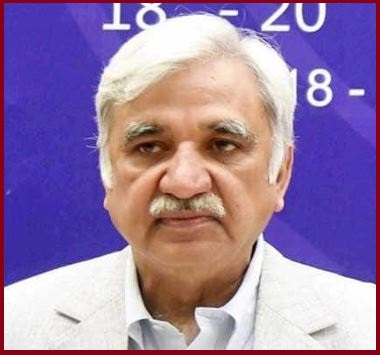 Sunil Arora is the new Chief Election Commissioner of India appointed by President of India, Ram Nath Kovind on 26th November 2018. He succeeded OP Rawat who got retired on 24th Nov 2018.

Sunil Arora (62-years-old) is a 1980 batch retired IAS officer of the Rajasthan Cadre, who has held several top positions in various government departments and ministries. As an IAS officer, he has worked on several important positions for both the Government of India and the Rajasthan Government.

In addition to deployment in various districts during the administrative service in Rajasthan, Sunil Arora served as Secretary, Information and Broadcasting Secretary and Ministry of Skill Development and Entrepreneurship in the Central Government.

Sunil Arora played the role of District Magistrate in Jodhpur, Alwar and Dholpur districts of Rajasthan. Along with that, he was the joint secretary in the Ministry of Civil Aviation in the Government of India. He has also served as Chairperson and Managing Director of Indian Airlines.

Sunil Arora retired on 30th April 2016. After retirement, he was appointed Director General and Chief Executive Officer of Indian Institute of Corporate Affairs. As the election commissioner, Arora was appointed on August 31, 2017