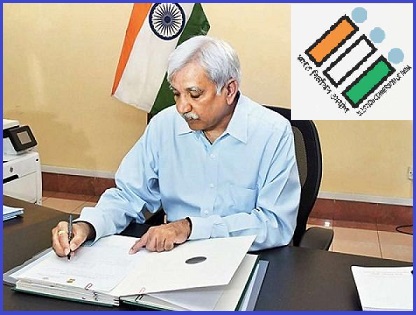 Sunil Arora was previously brought in as the Election Commissioner in September 2017 to fill the vacancy created by former CEC Nasim Zaidi’s retirement.

Sunil Arora will serve as a CEC in a term of 6 years or hold office until he attains the age of 65 years, whichever is earlier.

Sunil Arora (62-years-old) is a  1980-batch IAS officer of the Rajasthan cadre, he was the skill development secretary before he was appointed as the top bureaucrat in the I&B Ministry.

Sunil Arora has also worked in ministries and departments such as Finance, Textiles and Planning Commission and was also CMD of Indian Airlines for 5 years.

Sunil Arora was one of the most trust-worthy officers of Vasundhara Raje during her earlier term as Rajasthan Chief Minister. He was her principal secretary from 2005 to 2008.