Mariama Koshi is appointed as New President of Hockey India 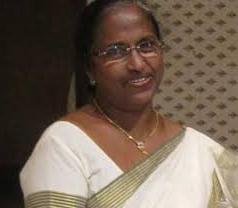 Koshi has been appointed in the place of Narinder Dhruv Batra who is appointed as the new President of International Hockey Federation (IHF).

The ratification of the decision will take place at the Hockey India Congress which is expected to be held soon.

Earlier this month Dhruv Batra made a history to be the first non-European Candidate elected as the fifteenth President of International Hockey Federation.

This is the first time an Indian has headed an International sports governing body.