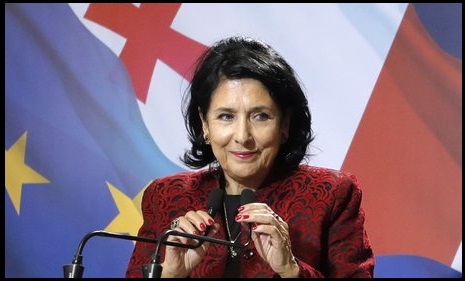 Former Diplomat, Salome Zurabishvili has become the first ever female President of Georgia. She will assume charge on 16th December 2018.

Salome Zurabishvili was one of the members of Iran’s Prohibition Committee of UN Security Council Council (UNSC) between 11th November 2010 and 10th October 2013.

Georgia is a country located in Eurasia, its area is 69,700 square kilometers.

Georgia had announced its independence from the Soviet Union on 9th April 1991.

Georgia shares its western boundary with th Black Sea and Russia in its north side and Turkey and Armenia in the southern boundary.