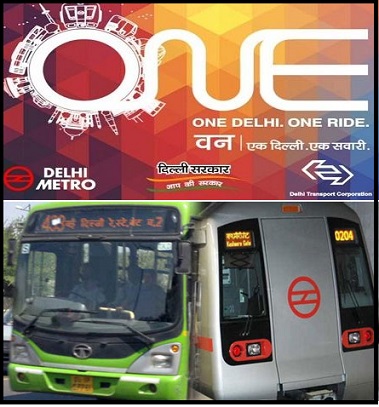 Delhi Government led by CM Kejriwal announced the launch of a common mobility card called ‘One’, with a tagline of ‘One Delhi One Ride’, for the easy commute on public transport.

The ONE card would enable access to Metro and bus services with a single card at a 10 percent discount. It has also a provision of coverage of auto-rickshaws, taxis, RTVs and other modes of transport would be inducted under this card.

The ONE card has a background of a cubic grid in bright shades of red and yellow. It also has a circular unit with sketches of Metro trains, DTC buses, auto rickshaws and Delhi’s monuments around it.

The newly designed revamped card will now carry the logos of all three transport operators in the city – DMRC, DTC and the Delhi Government.

» PWD: Delhi mega skywalk-project at ITO set to be completed by March 2018