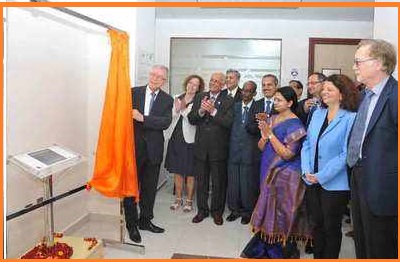 The Jean Monnet Centre of Excellence (CoE) was set up with a grant of €1,00,000 to pursue India-EU interdisciplinary studies in culture, literature, education, and society.

It is for the fifth time Manipal Academy of Higher Education (MAHE) has been awarded grants under Erasmus+Jean Monnet initiative. Previous grants have been used for chair, modules and project.

Under the present award, Jean Monnet CoE in India-EU Interdisciplinary Studies aims to strengthen and enhance the educational connect between India and EU. It will host open-to-public workshops on European literature, winter schools for students around the world and India-EU Higher Education Meet.

Jean Monnet was a French political economist and diplomat. He was an influential supporter of European unity and is considered one of the founding fathers of the European Union.

Jean Monnet also has been called “The Father of Europe” by those who see his innovative and pioneering efforts in the 1950s as the key to establishing the European Coal and Steel Community, the predecessor of today’s European Union. He was never elected to public office.