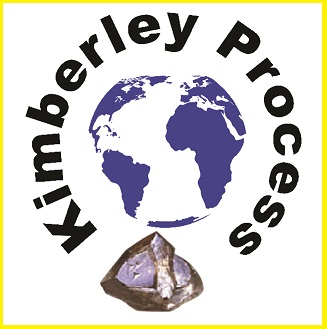 India is charing Kimberley Process Certification Scheme (KPCS) from 1st January 2019. It was handed Chairmanship by the European Union during KPCS Plenary 2018, which was held in Brussels, Belgium.

India is a founding member of KPCS. It is actively involved in KPCS activities to ensure that almost 99% of the diamond trade in the world is conflict free. It is committed to maintaining KPCS as an efficient and effective process in order to ensure conflict diamond free status.

India As Charing KPCS  Is Committed For:

2. Make KPCS more efficient in terms of delivery of what it promises, more transparent and empathetic towards living standards of people who are dependent on production, trade, and manufacture of diamonds.

3. Support Artisanal & Small-Scale Mining (ASM) with capacity building, technical assistance, and education on valuation, differentiation between natural and lab-grown diamonds and the importance of legal and formal mining practices.

KPCS is a joint initiative of governments, industry and civil societies to stem the flow of ‘conflict diamonds’, rough diamonds used by rebel groups to finance wars against legitimate governments. It is also described in the United Nations Security Council (UNSC) resolutions.

India is one of the founding members of KPCS. At present, KPCS has 54 members representing 81 countries including EU with 28 members.

In India, the KPCS is administered through the Department of Commerce under the aegis of the Union Commerce and Industry Ministry.

» Government of India To Establish Gold Council in India