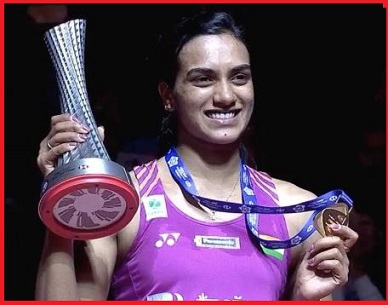 Rio Olympics Silver medallist PV Sindhu became the first Indian to win gold in the Badminton World Federation (BWF) World Tour. She defeated Japanese Nozomi Okuhara, to claim the top honors of the season-ending event and her first title of the year.

With the win, PV Sindhu also equaled her head-to-head record with Okuhara to 6-6.

World No. 2 Chinese Shi Yuqi defeated Japan’s Kento Momota. This is Yuqi’s third title of the season to add to his triumphs at the All England Open and the India Open.

In Men’s Singles event, Shi Yuqi (China) the was winner and  Kento Momota (Japan) was runner-up.