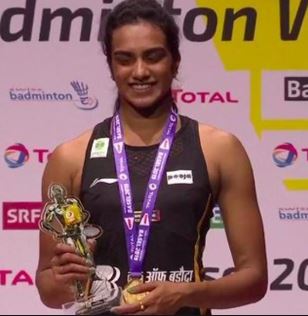 With this, PV Sindhu became only the world's fourth singles player ever to have a full set of world championship medals.

Now, PV Sindhu will directly head to the Tokyo Olympics as the authoritative World Champion.

PV Sindhu became the international sensation in 2012 when she made to the top-20 at the age of 17 years.