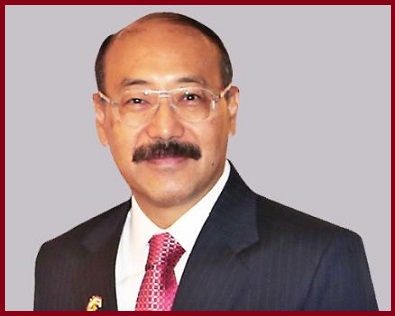 The Government of India has appointed Harsh Vardhan Shringla (59-years-old) as the Ambassador of India to the USA on 20th December 2018.

At present, Harsh Vardhan Shringla is serving as the High Commissioner to the People’s Republic of Bangladesh and will take up the assignment soon. He will be succeeding Navtej Sarna as the ambassador to the United States of America.

Harsh Vardhan Shringla is a 1984-batch Indian Foreign Service diplomat. His diplomatic career spans over 30 years in which he has held various positions in New Delhi and in Indian missions in Paris, Hanoi, and Tel Aviv.

Prior to this appointment, he also served as the high commissioner in Bangladesh, ambassador of India to the Kingdom of Thailand and Permanent Representative of India to UNESCAP.

In the Ministry of External Affairs, Harsh Vardhan Shringla has headed the United Nations Political and SAARC Divisions.

Riva Ganguly Das, who is presently the Director General of Indian Council for Cultural Relations will take the position of High Commissioner to Bangladesh.

» Madhavi Divan is the new Additional Solicitor General of India