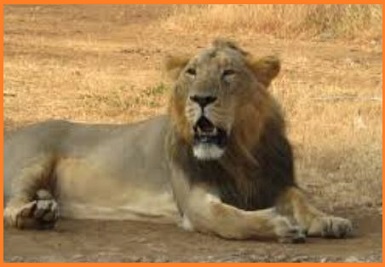 The Union Ministry of Environment, Forest and Climate Change(MoEFCC) has unveiled “Asiatic Lion Conservation Project” on 21st December 2018 with the main aim to work for the conservation of the world’s last ranging free Asiatic Lion population and the ecosystem associated with it.

The “Asiatic Lion Conservation Project” will be funded under the ‘Development of Wildlife Habitat (CSS-DWH)’ scheme which is a Centrally Sponsored Scheme. The cost will be borne in the 60:40 ratio by the Central and State government.

The ‘Asiatic Lion Conservation Project’ main activities include habitat improvement of the Lions, controlling of diseases among the population, scientific interventions, and adequate veterinary care. It will be supplemented with sufficient eco-development works ensuring a stable and viable Lion.

Asiatic Lions are listed as ‘Endangered’ under the IUCN Red List. Its population is restricted to the state of Gujarat in India.

In the recent year with rigorous conservation efforts, the population of Asiatic lions has increased to over 500 which used to be around 50 by late 1890s.

As per the 2015 census, there were a total of  523 Asiatic Lions in Gir Protected Area Network