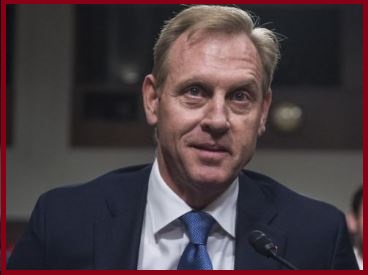 James Mattis had resigned from the post of Defence Secretary on 21st December 2018,  citing policy differences with President Trump. The major reason for the fallout between President Trump and Mattis was,  President Trump’s sudden announcement about the troop drawdowns in both Syria and Afghanistan. Mattis was said to be against the move.

Patrick Shanahan, is a former executive at the aerospace giant Boeing, joined the Pentagon in July 2017 after Mr. Trump nominated him and was reportedly a vocal supporter of the president’s plan to establish a sixth branch of the armed forces, known as the “space force”.

Patrick Shanahan will be responsible for managing the Pentagon’s colossal $700 billion defence budget. As Deputy Secretary of Defence, Shanahan focused on reforming the internal processes of the Pentagon.