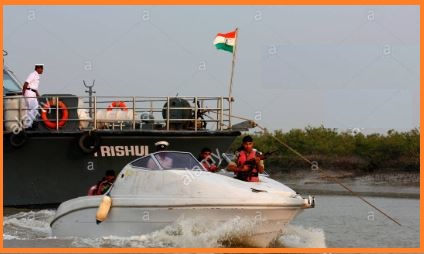 Indian Coast Guards has deployed two new hovercrafts to increase its surveillance capabilities and to protect against any filtration bids from the Pakistan Side. The two hovercrafts would operate from the Jakhau facility in Gujrat.

The two new hovercrafts together with three interceptor vessels will be responsible for the round the clock surveillance in the contentious area around Sir Creek.

Sir Creek area in the Kutch district of Gujarat is a disputed area between India and Pakistan. Sir Creek also witnessed some action during the 1965 war. Sir Creek is used by the infiltrators from Pakistan to enter the Indian Territory. Hovercrafts can be an asset in dealing with these infiltrations.

A hovercraft is an amphibious vehicle capable of traveling over land, water, mud, ice, and other surfaces. Hovercrafts operate at high speeds between 30-40 knots (around 50-60 kilometers) per hour.

They can be highly useful in hot pursuit of any suspicious boat or individuals in the waters. Hovercrafts would also be useful in catching any rogue elements since they can operate on both sea and shores.