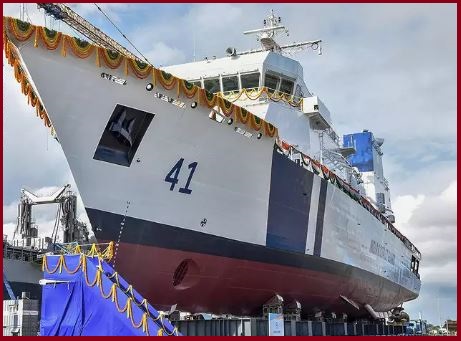 ICGS 'C-441' is capable to undertake diverse tasks such as close coast surveillance, interdiction, search and rescue and rendering assistance to boats and crafts in distress at sea.

ICGS 'C-441' will enhance the search and rescue capacity of Kerala seas. The ship is commanded by Assistant Commandant Amit K Choudhary.

ICGS 'C-441' has 13 crew onboard with specialization in several fields.