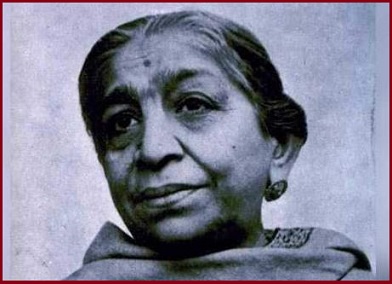 Sarojini Naidu was a political activist, feminist, poet, and the first Indian woman to be president of the Indian National Congress and was appointed as first female Indian state governor.

Sarojini Naidu, née Sarojini Chattopadhyay, was born on 13 February 1879, to scientist and philosopher Aghornath Chattopadhyaya and Barada Sundari Devi in Hyderabad, India. She died on 2 March 1949 due to heart attack, in Lucknow, Uttar Pradesh.

Sarojini Naidu post-Independence served as the first Governor of the United Provinces from 1947 to 1949 and also contributed to the drafting of the Indian Constitution.

Sarojini Naidu in 1929, she presided over the East African Indian Congress in South Africa and was awarded the Kaisar-i-Hind Medal by the British government for her work during the plague epidemic in India.

Sarojini Naidu played a pivotal role during the Civil Disobedience movement in India's freedom struggle. She also faced arrest for in 1942 during the "Quit India" movement.

Sarojini Naidu wrote some excellent poetry's such as The Golden Threshold, her first collection of poems, was published in 1905. The Feather of The Dawn was edited and published posthumously in 1961 by her daughter Padamaja and many others.