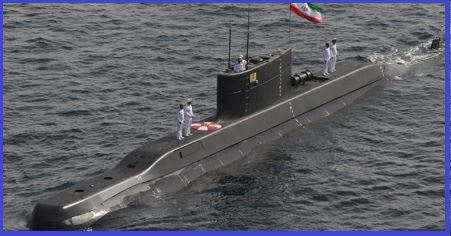 Iran will conduct a new 3-day navy drill named 'Velayat 97' in a vast area of the Gulf and the Indian Ocean including a sensitive global shipping route.

The Velayat 97 navy drill would be held in the waters of Strait of Hormuz, Makran coast, Oman Sea and the north of the Indian Ocean, covering 2 million square kilometers.

The Velayat 97 navy drill aims to evaluate the navy’s equipment, practice launching weapons and enable the troops to gain readiness for a real battle.

The Velayat 97 navy drill will showcase Iran’s submarines, warships, helicopters, and drones, according to the admiral. The drill also includes missile launches from the vessels.

The Strait of Hormuz is a vital international transit route. American forces routinely pass this route and it has earlier witnessed some tense encounters between American and Iranian forces.

Iran’s show of military might through Velayat 97 comes at a time of heightened tensions with Iran’s main regional rival Saudi Arabia and with the United States of America which last year withdrew from the 2015 nuclear deal with Iran and reimposed sanctions on the Islamic Republic.