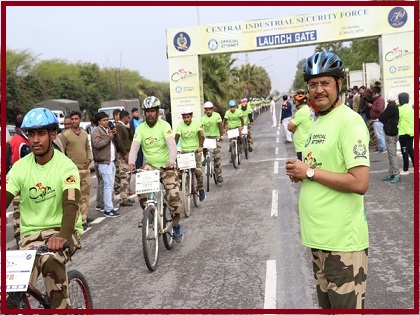 The world record was attempted to commemorate the 50 years of the paramilitary force CISF.

For creating the World Record the personnel of the central force rode 1,327 bicycles non-stop with a uniform distance between bicycles in a single line.

The CISF personnel displayed a high degree of discipline as entire formation had to keep moving, keeping in mind that the distance between two cycles should not exceed the length of three, for the world record to be broken

The CISF broke the earlier record of Hubballi bicycle club of India which had 1,235 bicycles in a single chain.