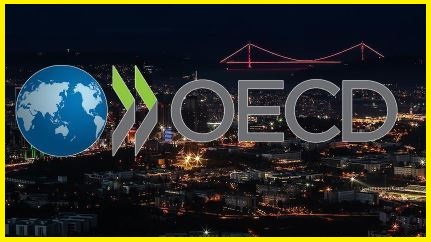 The Organisation for Economic Co-operation and Development (OECD) has reduced the world economic growth forecasts for the year 2019.

The report notes that trade tensions and political uncertainty, including Brexit and erosion of business and consumer confidence are weighing on the world’s economy thereby contributing to the slowdown.

OECD has cut its 2019 forecast for global economic growth to 3.3% for the current year, down from 3.5% it predicted earlier.

OECD forecasts noted that the sharp downturn in the two countries reflected “their relatively high exposures to the global trade slowdown.

Britain’s growth forecast has been chopped from 1.4% to 0.8%. For the first time, the growth rates have fallen below 1% since 2009 following the global economic crisis.

The 19-nation eurozone was particularly hard to hit, with predicted growth dropping from 1.8 percent to one percent which was contributed to policy uncertainty including those over Brexit.

The report notes that a sharper slowdown in China would have significant adverse consequences for global growth and trade.

OECD’s forecasts are more downbeat than the IMF’s for many economies, particularly the euro region and the U.K.

What is the Bond and Bond Yield Curve terminology in Economy...

» Defence Innovation Hubs to come up in Coimbatore and Nashik