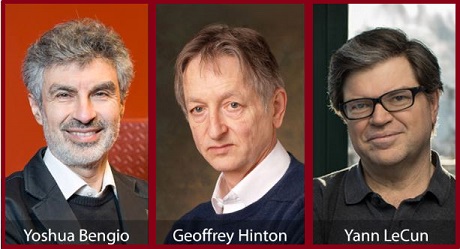 All the three winners awarded the award for conceptual and engineering breakthroughs that have made deep neural networks a critical component of computing. Such AI is increasingly used in products that people use every day – from smart speakers to Facebook. This forms the backbone of Deep Learning.

All the three winners will share the USD 1 million prize money.

Turing Award is an annual prize given by the Association for Computing Machinery (ACM) for individuals who have contributed a lasting and major technical importance to the computer field. The Turing award is accompanied by a prize of US $1 million, with financial support provided by Google

Turing Award is recognized as the highest distinction in computer science and is often referred to as the “Nobel Prize of computing”.

The first recipient of the award was Alan Perlis. The first female recipient was Frances E. Allen, who was honoured in 2006.

What is machine learning? Application of artificial intelli...

HOW DOES ARTIFICIAL INTELLIGENCE WORK? There is no artifici...

What is Artificial Intelligence? In simple words, Artificia...

AI and Automation: HCL Technology extends it's contract with Barclays

HCL Technology which is the fourth largest software service ...